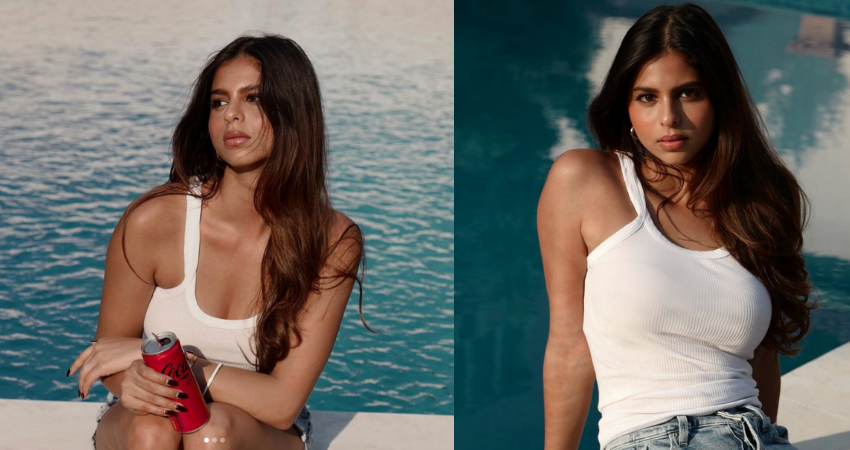 Suhana Khan, daughter of Bollywood King Shah Rukh Khan has taken social media with a storm after sharing her hot photos in which she is lazed by a swimming pool.

In these pics Suhana was seen in a white tank top, paired with denim. Her shiny hair was open and let down on her top. She has also changed her profile picture with one of these pics.

After looking at these pics anyone can guess it is shot by a professional photographer but in reality, these pics are clicked by her mother Gauri Khan. These beautiful photos were clicked during their Portugal trip.

These photos are getting viral on social media and news headlines. She has got many compliments from her friends in the US. Many Bollywood celebrities also praised and shared emojis on these pictures.

Gauri Khan has previously shared her daughter’s photos who has dreams of being an actor one day. Suhana Khan has also featured in a short film ‘The Grey Part Of Blue’, which was a part of her school project during her schooling at Ardingly College.